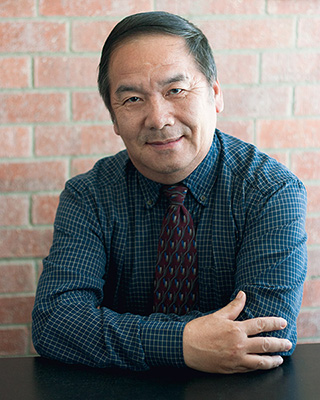 Ge Xiong was born in northern Laos at the end of the French colonial era, a period during which Laos plunged into a long civil war.  Xiong was among thousands of Hmong who had profoundly endured constant migration, poverty, and despair in a social-political culture that not only perpetuated war, but also fostered inequality among ethnicities, genders, and social/economic castes.

After the defeat of South Vietnam and Communist takeover of Indochina, the Hmong who had fought with the United States against Communist expansion in Laos fled their homes in northern Laos for fear of persecutions. Ge Xiong, a former elementary school teacher in Laos, arrived in Shabbona, Illinois on January 17, 1979 at age 26 without a word of English.

While working full-time, Xiong had persistently endeavored to overcome the language barrier and further his education. He has a bachelor’s degree in educational policy and community study from the University of Wisconsin-Milwaukee (UWM).